How to fix UE error on Samsung washing machine

Samsung washing machines are equipped with the latest independent diagnostic systems. Analyzing the status of individual nodes and interrogating sensors, they independently determine system malfunctions. If an error is detected on the indicator (for this case is UE error), the code will be displayed. You should Know the meaning of these codes. For example, the UE error in the Samsung washing machine shows an unbalanced drum.

If washing is interrupted by an error, this does not mean that the Samsung washing machine has fatal damage. This means that Stylalka tries to protect itself, telling us that it would be better to take steps to improve and fix the situation. Let’s see what should be done in this case and how to get rid of annoying mistakes.

If the Samsung washing machine issues a UE error, that means an imbalance has appeared on its drum which threatens the health and integrity of the unit. If you do not take steps to fix this situation, it is possible to gradually develop more serious malfunctions. This is what causes imbalance:

Balance violations and the emergence of UE errors in Samsung washing machines often occur at the beginning of the spin cycle – at this point, beating can be fatal issues. This looks like this in the following way: The Samsung washing machine starts to rotate the drum, and after reaching a certain rotation, stop to start overclocking again. 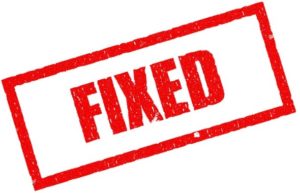 How to fix error UE code

How to fix UE error on Samsung washer

There are several possible problems that occur in the washing machine include this UE error, it looks like your washing machine is not standing steady. If the position is not the source of the problem, there can also be laundry that clots. If so, stop the washing process first, remove the laundry from the Samsung machine, then enter it one by one.

If the laundry load is unstable, like mentioned before, remove the laundry and re-enter it evenly, if washing a large towel or big wearable clothes, you should add another laundry load with the equivalent weight as a counterweight provided to avoid UE error on your washing machine.

This website uses cookies to improve your experience while you navigate through the website. Out of these, the cookies that are categorized as necessary are stored on your browser as they are essential for the working of basic functionalities of the website. We also use third-party cookies that help us analyze and understand how you use this website. These cookies will be stored in your browser only with your consent. You also have the option to opt-out of these cookies. But opting out of some of these cookies may affect your browsing experience.
Necessary Always Enabled
Necessary cookies are absolutely essential for the website to function properly. This category only includes cookies that ensures basic functionalities and security features of the website. These cookies do not store any personal information.
Non-necessary
Any cookies that may not be particularly necessary for the website to function and is used specifically to collect user personal data via analytics, ads, other embedded contents are termed as non-necessary cookies. It is mandatory to procure user consent prior to running these cookies on your website.
SAVE & ACCEPT